Avril is most well-known for her African-inspired works for classical guitar, where she uniquely creates the sounds of bird calls and some indigenous African instruments on her guitar.  Her compositions are described as ‘evocative’ and she is referred to as ‘a master musician of unusual ability’ by Classical Guitar Magazine. Her music is often programmatic and narrative and takes the audience on a journey,  which captures the very essence of Southern Africa in a most unique and special way. Mokoro (Song of the Water) is inspired by the Okavango Swamps in Botswana and features the sound of the Fish Eagle cry created acoustically on the guitar. Her video filmed there, can be viewed on YouTube (see the sample recordings listed below).

Avril when she prepared for the Pavarotti World Tour Concert 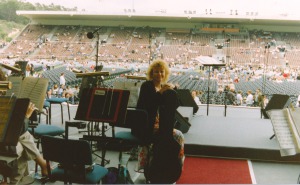 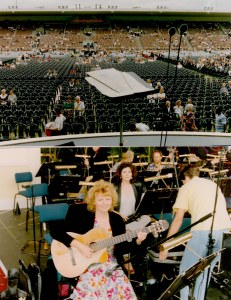 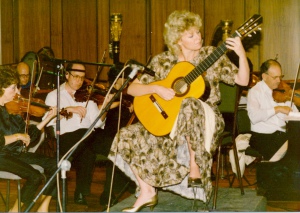 Avril’s African-inspired repertoire includes mostly her own works, as well as those by South African composers: Glasser, Hewitt, Buss, Klatzow and Zaidel-Rudolph. 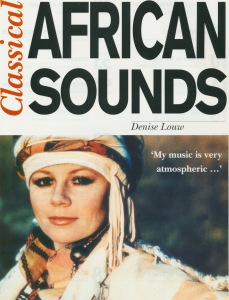 Rehearsing in the Whale Well 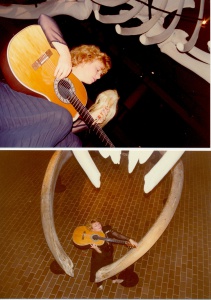